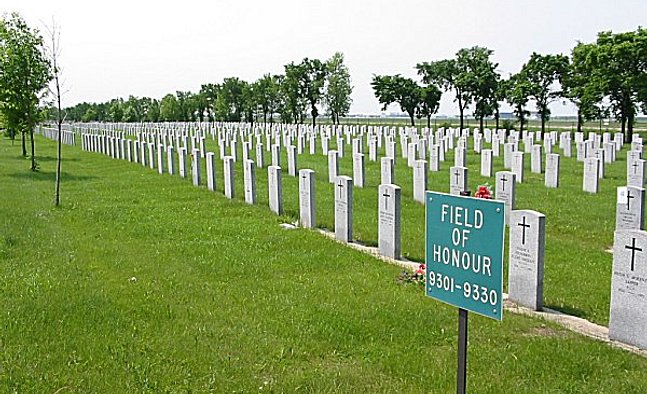 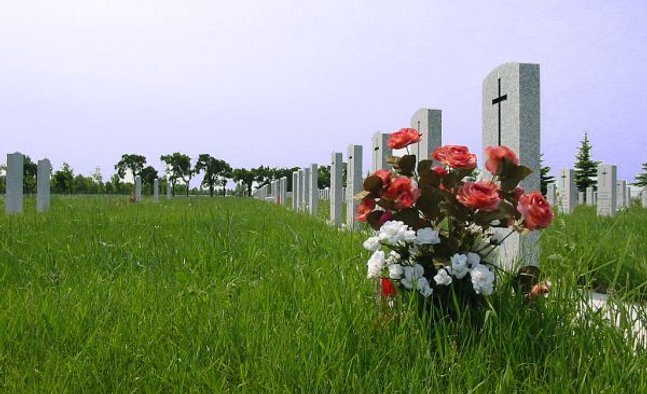 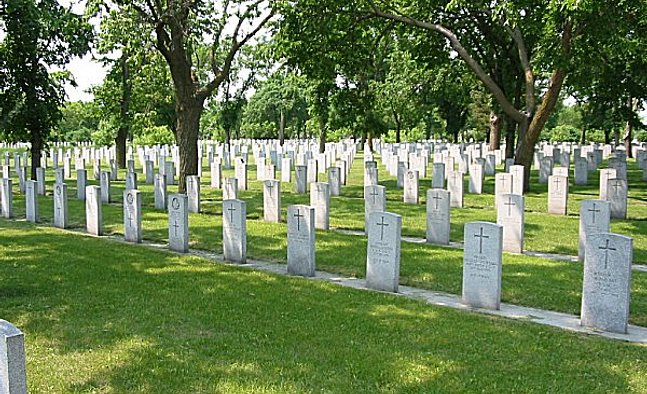 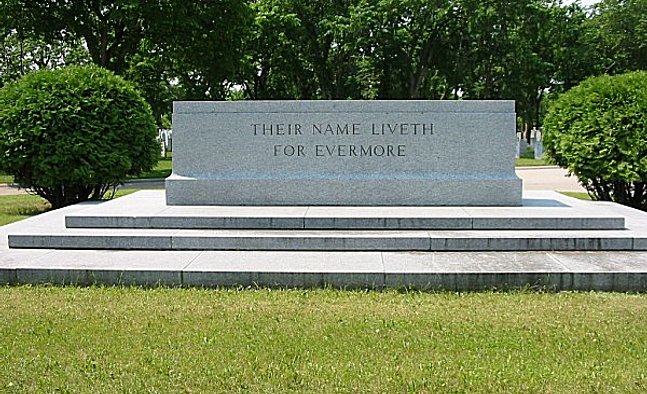 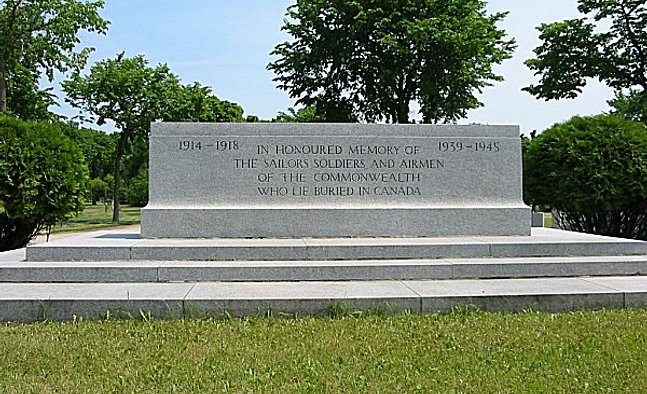 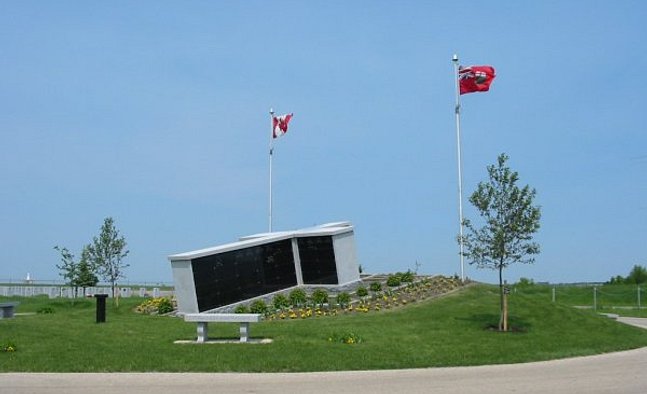 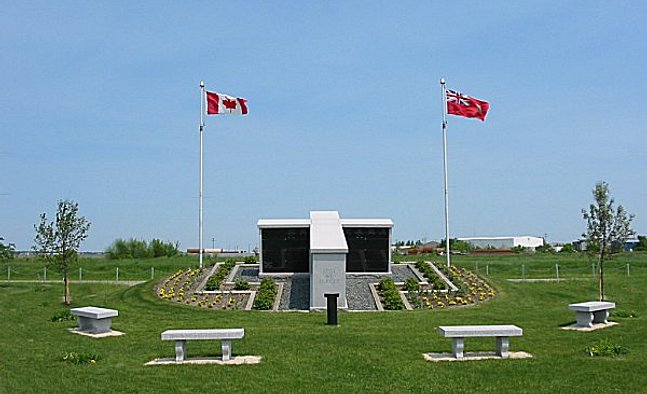 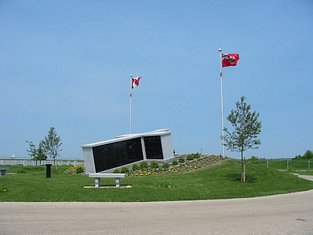 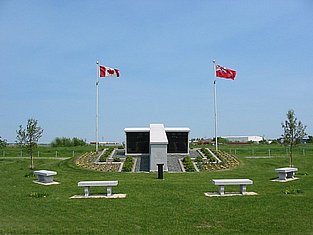 Reserved solely for those who served God and Country, a truly beautiful and dignified resting place for service personnel and their spouses. A unique concept, the Columbarium was designed by Wayne Larsen of Larsen's Memorial and Robert W. Rollings, both from Winnipeg, Manitoba, and built by Canadian artisans using select Canadian grey granite with beautiful black granite niche covers.

A one time fee will provide:

The size of the niche (1 cubic foot) restricts the size of the urns (two per niche) to 11 ¾" (height) 11 ¾"(width), 5 ¾"(depth). Please ensure any urn proposed for this Columbarium does not exceed the measurements as stated.

The Columbarium is currently managed by the Last Post Fund of Winnipeg, Manitoba and all enquiries should be directed to them.

The Field of Honour at Brookside Cemetery is the largest memorial site to Veterans in Canada. It is also one of the oldest cemeteries in Winnipeg with the first interment having taken place in 1878. Brookside is considered Canada’s most significantly designed Military Field of Honour, with more than 11,000 veterans interred alongside each other, with each grave marked by an upright monument.

The Field of Honour was opened in 1915 and is home to the only Commonwealth War Graves Stone of Remembrance in Canada.

Included here at Brookside is a memorial to those Manitobans killed in Korea, as well as the names of the Gunners killed in the train wreck at Canoe River en route to Korea via Seattle Washington. Also here is where the Last Post Fund has a Columbarium reserved solely for those who served God and Country.

Brookside Cemetery is located at 3001 Notre Dame Avenue, just west of Red River College, and consists of 202 acres in total. The Cemetery is the final resting place of politicians, statesmen, noted athletes, decorated war heroes and people from all walks of life. Perpetual maintenance is assured to all plot/lot owners.